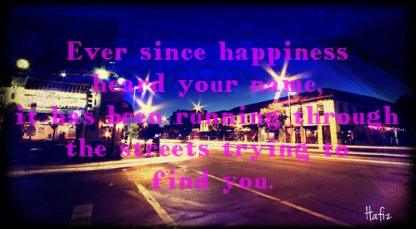 As with Fae, The Dark King has some of the most amazing chapter headers.

Quotes from Mythology, Poetry and Prose are used to expand the chapter before you’ve even read it.

A little sneak peek into the chapter or for some of the latter chapters a warning of what’s to come!

From Hermes Trismegistus to Edgar Allan Poe to Emily Bronte, here’s a look into some of our favourites from The Dark King.

“Hark ye O old man and list to my warning;
By ye free from the bondage of night.
Surrender not your soul to the
BROTHERS OF DARKNESS.
Keep thy face ever turned towards the light”

-The Emerald Tablet of Thoth
From Table Six, The Key of Magic.

Take this kiss upon the brow!
And, in parting from you now,
Thus much let me avow—
You are not wrong, who deem
That my days have been a dream;
Yet if hope has flown away
In a night, or in a day,
In a vision, or in none,
Is it therefore the less gone?
All that we see or seem
Is but a dream within a dream.

The poem questions the way one can distinguish between reality and fantasy, asking,
“Is all that we see or seem but a dream within a dream”?

The poem dramatizes a confusion in watching the important things in life slip away.
Realizing he cannot hold onto even one grain of sand leads to his final question that all things are a dream.

“Let yourself be silently drawn by the strange pull of what you really love.it will not lead you astray”
– Rumi

Rumi met an enigmatic mystic named Shams who changed his life, transforming him into an ecstatic preacher.
Two years after their meeting, Shams suddenly disappeared and this had a profound effect on Rumi; he devoted the rest of his life to training initiates and writing poetry.

“Whatever our souls are made of his and mine are the same”
– Emily Bronte, Wuthering Heights.

It would degrade me to marry Heathcliff now; so he shall never know how I love him: and that, not because he’s handsome, Nelly, but because he’s more myself than I am. Whatever our souls are made of, his and mine are the same; and Linton’s is as different as a moonbeam from lightning, or frost from fire.

“He who reigns within himself and rules passions, desires and fears is more than a king”
– John Milton

The chapter headers in Fae had us all thinking about the chapters before we had even started the chapter itself.
We decided to look further into the quotes and excerpts from poetry and literature.
Here’s some of our favourites from Fae.

“Fate leads the willing, and drags along the reluctant”
-Seneca

It was written by Seneca the Younger, aka Lucius Annaeus Seneca, a Roman Stoic philosopher and adviser to the Emperor Nero.
Around 300 BC a Greek Stoic philosopher named Cleanthes wrote the poem and around three centuries later, Seneca translated the Greek into Latin.
“Ducunt volentem fata, nolentem trahunt.”

“There is no chance, no destiny, no fate, that can circumvent, or hinder or control the firm resolve of a determined soul.”
-Ella Wheeler Wilcox

“It lies not win our power to love or hate, For will in us is overruled by fate.”
-Christopher Marlowe

It lies not win our power to love or hate,
For will in us is overruled by fate.
When two are stripped, long ere the course begin
We wish that one should lose, the other win.
And one especially do we affect
Of two gold ingots like in each respect.
The reason no man knows; let it suffice
What we behold is censured by our eyes.
Where both deliberate, the love is slight:
Whoever loved that loved not at first sight?

Marlowe’s nondramatic work includes the poem Hero and Leander.
This work was incomplete at his death and was extended by George Chapman: the joint work of the two poets was published in 1598.

“Destruction, hence, like creation, is one of Nature’s mandates.”
-Marquis de Sade, Justine, Philosophy in the Bedroom, and Other Writings

Donatien Alphonse François de Sade, better known as the Marquis de Sade was a French aristocrat, revolutionary politician, philosopher and write. His works include novels, short stories, plays, dialogues and political tracts; in his lifetime some were published under his own name, while others appeared anonymously and Sade denied being their author.
Sade was incarcerated in various prisons and in an insane asylum for about 32 years of his life, many of his works were written in prison.

“Deep into the darkness, peering, long I stood there, wondering, fearing, doubting, dreaming dreams no mortal ever dared to dream before”
-Edgar Allan Poe, The Raven

Edgar Allan Poe’s poem “The Raven” has been frequently referenced and parodied in contemporary culture. Immediately popular after the poem’s publication in 1845, it quickly became a cultural phenomenon. Some consider it the best poem ever written. As such, modern references to the poem continue to appear in popular culture.

The poem is often noted for its musicality, stylized language, and supernatural atmosphere. It tells of a talking raven’s mysterious visit to a distraught lover, tracing the man’s slow fall into madness. The lover, often identified as being a student, is lamenting the loss of his love, Lenore. Sitting on a bust of Pallas, the raven seems to further instigate his distress with its constant repetition of the word “Nevermore”. The poem makes use of a number of folk and classical references.

A quote from Devilyn at the beginning of Chapter Eighteen ends the book perfectly.

“No matter how much light lives within me, it cannot encompass the darkness that consumes my soul”